Interested in knowing some of the behind the scenes stuff for Kitchen Sanctuary? Here’s the latest in my blog income and traffic report January 2017. Check out my previous reports and more info on how to make money from your blog here.

Spring is close! I’ve spotted a few daffodils and bluebells popping up – but we also had lots of snow on Tuesday (which resulted in Lewis peppering me in snowballs at every opportunity between home and school). Hopefully the weather will continue to get warm from here on out, so we can get back to barbecues and ice cream (is March too early to start?).

January was a bit of a poor month, as predicted. After the highs of November and December, it’s a bit disheartening to watch the earnings go down at the beginning of a new year. I was prepared for it though, and compared to the previous January, I can’t complain one bit.

So what am I going to talk about in this report?

Ok, let’s get down to the numbers for January. I really hope the info in this post gives you some insight and ideas if you’re new to blogging and monetization.  Also check out my How to Start a Food Blog post if you are thinking about giving this blogging thing a go too!

Income (fyi – this info is based on earning reports and invoices for work done in the month of January, it’s not based on money that has actually come in yet, so there may be some variations based on things like paypal fees or exchange rate fluctuations):

Expenses (currently this includes regular payments for tools, membership fees and advertising but not inconsistent things like courses, trips and props):

So close to the 300k page views I reached for December! I really thought January would be back down to around 250k views – especially given that my cranberry and brie bites – which got 60k views in December, plummeted down to 5k views for January. I think the combination of a few things helped to keep the pageviews around the same level:

Here’s a screenshot from Google Analytics for January:

Here’s a breakdown of my traffic sources based on the number of sessions (not pageviews). Pinterest traffic dropped by about 21k compared to December – meaning it went down to my second highest referrer – after being at the top for a couple of months.
Google search traffic is up by about 17k though. Possibly due to a few bigger sites linking to me, which can help to improve SEO (Search engine optimisation). 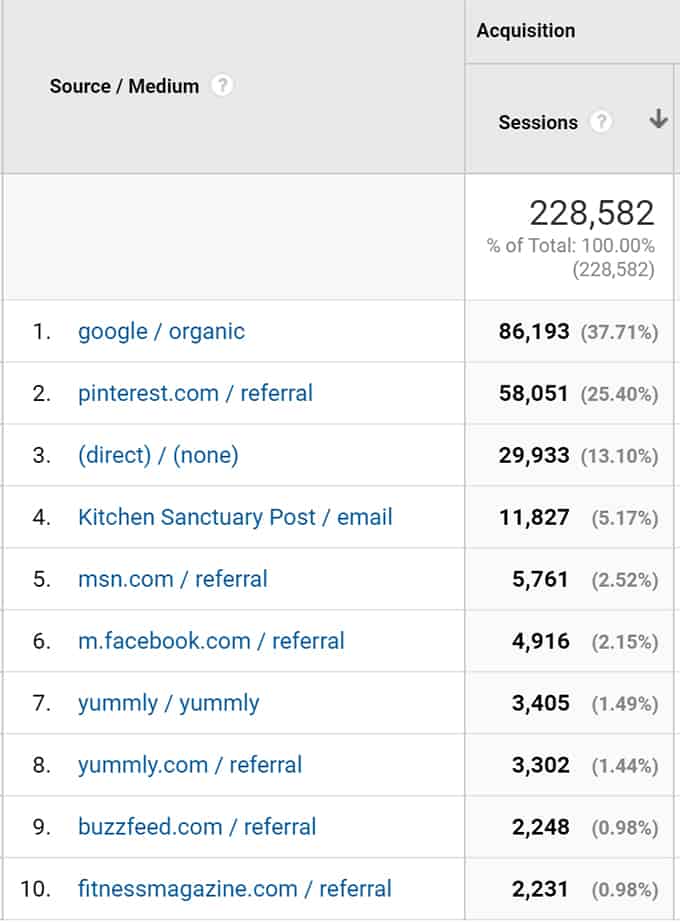 Here’s the info on the location of my readers. I noticed a bit of a drop in US viewers – I think this may be related to the drop in views from my Cranberry and Brie bites post that were popular for Thanksgiving and Christmas, but not so much in Jan.

The number of UK viewers however, jumped right up by 21k! Meaning the UK made up 25% of my audience. Usually it’s closer to 15% so I’m really pleased. A lot of my fellow UK blogger friends have a predominantly UK-based audience, yet my UK audience numbers, although always second in the list, have always been way below my US numbers. Woo hoo! Thanks so much for reading my blog!! 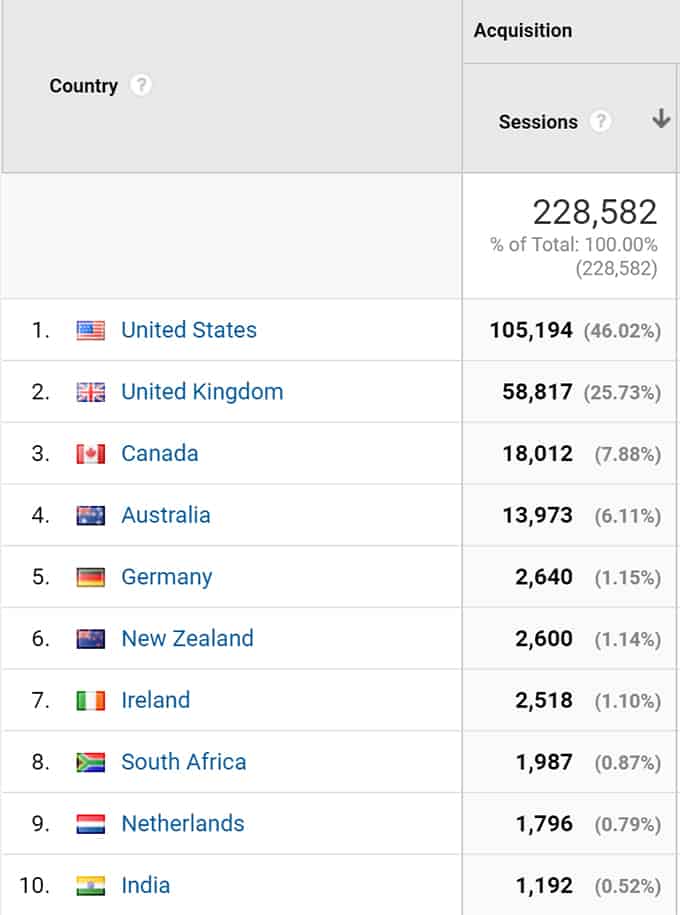 Phew, I think that’s all from me. I hope you found all of the info helpful. Please let me know if there’s anything you want me to talk about in a future report. Just drop me a note in the comments.